Skip to content
“Teach me, dear creature, how to think and speak”
― William Shakespeare, The Comedy of Errors 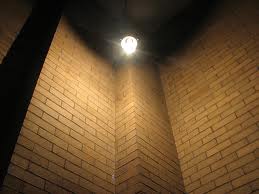 Yes. Yes was the answer I wanted to say. Several years ago as all this began, when you asked, “Do you ever get bored?” Yes. Yes is what I wanted to say, but there were too many witnesses, so I evaded your question, then escaped before you could pursue. But now, here, in this room, yes is the answer to most of your questions, explicit and implicit: yes.  A friend of yours said she had a friend, yes an attractive friend, maybe you, probably you, but that went unsaid, but your friend said her friend could tell through questions if a man were true. She, your friend, asked what I thought: I said I would feel as if I were being interrogated and would stop talking, instead of letting my words betray my intent. She said she hoped I was wrong, it wasn’t supposed to be an interrogation, since she, as a conversational gambit, always asked questions, a statement which begged a question, but I stayed silent, forgetting silence would translate other’s lies into my mouth like a ventriloquist to his dummy.  Yet years spent beneath this light, and hundreds of questions later, a clarity has descended like snow across a field. It is so much easier to give in to the questions, allow them to dictate to me the direction of my thoughts in attempts to answer the questions posed. I was slow to realize that questions all come with pre-determined answers, which is why the friend of a friend could be so prescient, the answers were already known, and the interrogated would eventually be brought to the truth the interrogator desired. So yes, now that I know, I will provide any questions you entertain with the correct answer: yes. Yes. I agree. Yes.  Tell me more, dear creature. Yes.
(February 2013)